Mike from the Kibworth Clock Company shares his Horological Story 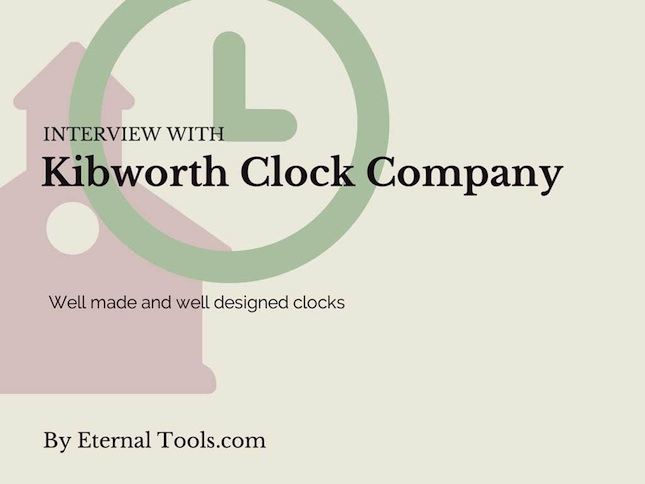 I’d like to tell my story and hopefully help inspire others to develop previously unknown skills and abilities and keep the world of mechanical timekeeping well and truly alive and ticking.

Where did it all begin?

In 1977 -78 I was a student at Nottinghamshire College of Agriculture in Southwell, Nottinghamshire and was studying Agricultural Merchanting. This course focused on the supply trades important to farmers, for example seeds, feeds, fertilizers and agrochemicals. I was very enthusiastic about the business and it’s prospects.

Every Thursday we travelled by the college mini bus to Newark Technical College for the business studies aspects. The journey would take us through Upton and past Upton Hall, the home of the British Horological Institute.

I hadn’t a clue what horology was or even that people were involved in such activities any more. Certainly around Leicestershire where I was brought up, there was nothing noticeable, mentioned or even thought of, in this respect. I’d see watch repairers at work but could hardly say I found it inspiring at the time.

Upon leaving college, I found my career in Agricultural Merchanting to be considerably less than expected, I failed to marry the bosses daughter and therefore my role in employment wasn’t exciting and generally resulted in being office based and routine.

I saw in the local evening paper a night school class ‘Old clocks and their maintenance’ at a school within evening travelling distance, this got me started, I bought old clocks, workshop equipment, books and eventually found a clockmaker (who wasn’t encouraging or helpful) and my girl friends father was a collector of French clocks, something else to keep our relationship strong!

I found myself out of work shortly after Mrs. Thatcher had come to power, interest rates shot up and being the last one in, I was the first one out. I’d bought a Grandfather clock to restore and sold it to a chap who was to become my employer for the next 12 years.

An entirely new field and something I had resisted at school, the world of engineering but this was plastics engineering. I loved this job and travelled extensively and managed to pass through Southwell, and on to Upton and called in at Upton Hall and enquired about horological training. Nothing doing was the reply but we do have a ‘Correspondence Course’

That was it, it was brilliant, I took my course work with me everywhere on my travels, hotels, studied at home, on holiday but my wife refused to allow me to take it with me on our honeymoon (had to repair a French clock for future father in law and subtly ask permission to marry his daughter, while doing it!) but I got away with it on holidays and in the evenings while restoring our first home and so on.

I built a small workshop at the back of the house where the old outside loo and coal house were. It really served it’s purpose. All of the examination pieces across the three grades were made there on some very basic and crude machinery but the enjoyment and sense of achievement were really positive.

I finished the final grade, passed the exams and became a graduate member of the British Horological Institute in 1984 and have remained a member ever since. My passion for horology is as strong as ever and I don’t think that an hour passes without me thinking about some aspect, designing something, questioning and challenging.

It’s very consuming and will remain so. I don’t think I’ll ever make the perfect piece but this won’t prevent me from trying. I hope others will find so as well.

I have one workshop which is divided, at the moment it is absolutely crammed full of tools and machinery, it’s a struggle and the kitchen table is ideal for final assembly and polishing (providing it is well protected) I have been known to clamp the piercing saw stand to the table as the space in the kitchen is better and there is no risk of knocking anything off the bench.

Lighting is so important, it’s almost impossible to carryout fine work and guess. If you can’t see, don’t do anything until you can. I have several lathes, the biggest being a Boley instrument makers lathe, it’s old but sounds good when running. I have a single to three phase converter, this has been in service for over thirty years and has earned it’s keep.

I’m not afraid to use subcontractors for accurate well finished multiple parts as well as specialists such as engravers, screw makers (Deacon Screws). If they can do it better, there is the answer.

For me, my interest remains in well designed and made clocks. The traditional country clock is precisely that, lovely but ‘bread and butter’.

I’m a fan of progressive mechanical horology, contemporary designs and executions, the simplicity and elegance in a well finished clock or watch movement that retains all the traditions and skills shown to perfection which must include well crossed out wheels with square corners.

The work carried out by George Daniels, Richard Good, Antony Randall, Martin Burgess, Derek Pratt in recent times is inspirational. It is good to see this exciting trend continue with Roger Smith and his team.

I don’t want to leave anybody out who also works so consciously to develop the finer points of horology and inspire others to strive in this field. There is still so much to learn and achieve.

Look After Your Tools

Regarding tools, every workshop needs to be well equipped with the right tool for the job. Of course if you wish to make them yourself, very commendable but as with all things in life, specialists are what they are and it’s the same with horological tools.

We should always buy the best, look after them and they will last for generations. It is important that we gain knowledge to make serviceable jigs and fixtures as taking away the uncertainties and providing a tool which will enable symmetry along with professional results is so important and from a commercial point of view, essential.

I’m sure every ‘ancient’ workshop has tooling which we today probably wouldn’t have a clue what it’s for or how it’s used but in the day, might have been in regular service.

When it comes to choice when restoring or repairing clocks, quality is so important. The English mass and batch produced were of reasonable to very high grade, names like Coventry Astral are music to my ears. I love these beautifully made clocks everything about a production quality item seems to be here and they generally appear in nicer cases.

Smiths followed on with the Astral name after taking over the business. What I don’t like to have too many of are the ubiquitous ‘Westminster’ type chiming clocks. I tend to lose interest when getting the darned things in and out of cases.

If today, we were asked to show students / pupils around our workshops and provide a talk on the world of clocks and watches, would we be able to inspire and enthuse?

I am of the opinion that we need to cultivate and fascinate. Most people will have been around historic houses and seen the antiquities and relics from a bygone age, samplers which have been stitched by young girls.

These clever pictures show that young people are dexterous and have creative abilities, we need to teach our valuable young people to use their hand and eye coordination to be able to begin subjects like for example, engraving on precious metals by hand and engage them in employment within a workshop / business environment for maybe half a day a week and during holidays, from an early age. It will give them confidence under the right circumstances and life long skills with a small income at the same time.

The future in horology is divided into repairs and restoration as a business or clock / watch making. Experimental horology, at the moment is going well in the watch making world and horological education is looking promising.

It has been my declared aim to bring to the market, a well designed and manufactured bracket clock, in small batches. This project has been gradual and is now getting somewhere close to the final stages….it has taken thirty years but it will be a dream realized.

My thanks to Mike for sharing his wonderful story, you can find out more on his website: www.kibworthclockcompany.co.uk 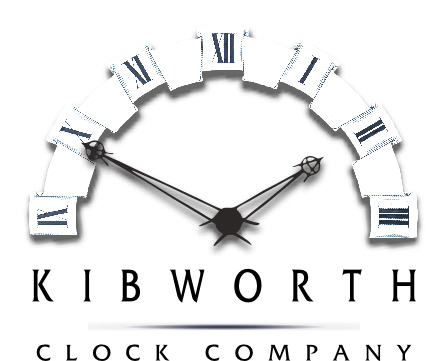