New In! Your favourite diamond polishing cloths. Now in a larger size Find out more

5 Easy Ways to Remove Rust from Metal in Seconds! 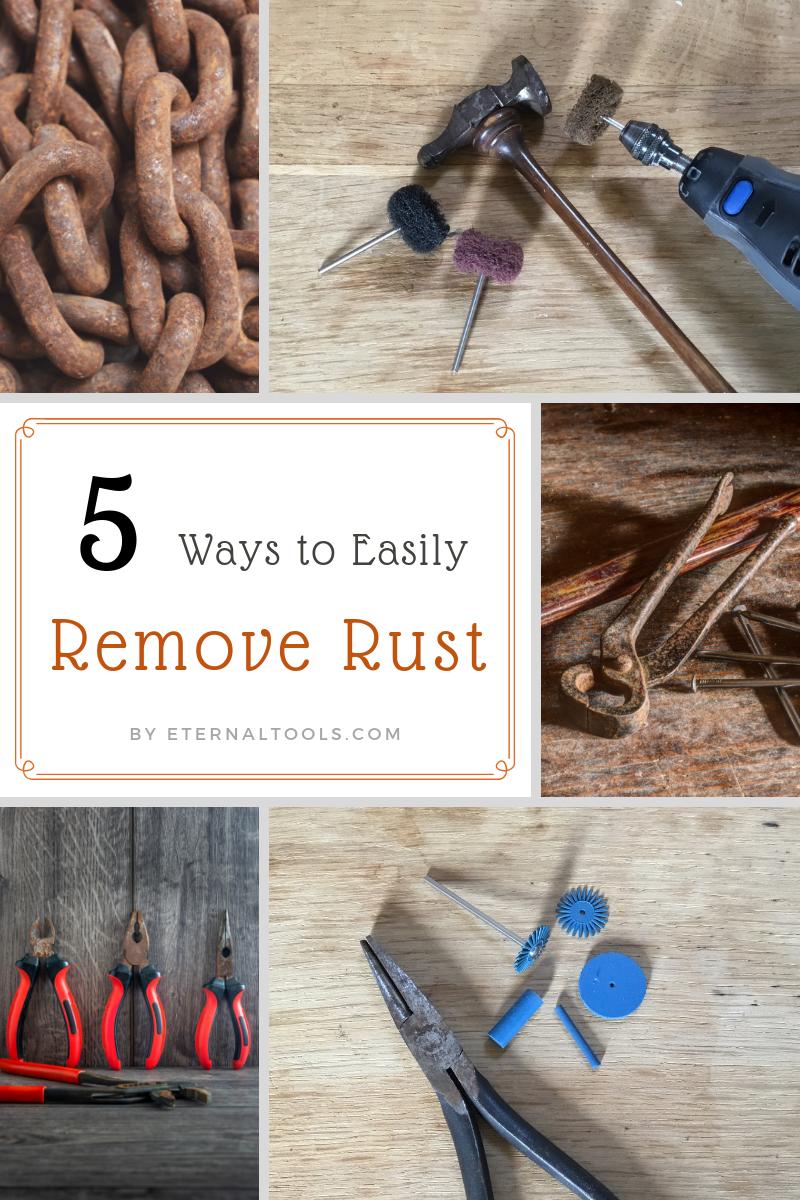 When a piece of Iron, Iron alloys or steel is exposed to water and oxygen it has a reaction called oxidisation. The appearance of this corrosion is a red-brown flaky coating and is commonly referred to as Rust.

Humidity and temperature with Oxygen can also cause rusting so don’t think that just because your jewellery tools are kept inside that they won’t fall foul of rusting.

Do All Metals Rust?

All metals are susceptible to corrosion in some form or another, but the term ‘Rust’ is only used when referring to Iron, Iron alloys and steel.

Now we’ve established which metals will rust we can eliminate these and say that every other metal will corrode or tarnish, to some degree or other.

Copper is the common culprit in most things we see that have tarnished.  The Patina (greenish coloured staining) is caused by the copper oxidising and this results in the build up of this tarnished layer

Sterling silver in particular is made up of a mixture of metals including copper which is why you sometimes find a ring of green colouring on your finger.

Metals That Do Not Rust

Aluminium, Brass, Bronze, Galvanised steel, Stainless Steel, COR-TEN steel, Copper, Titanium, and noble metals such as Gold, Silver, and Platinum are all metals that do not rust. They can corrode, stain, or tarnish, but they will not rust.

How to Remove Rust from Metal - 5 quick ways

There are numerous ways to remove rust, oxides and corrosion from just about anything. Some methods use household cleaning products, aluminium foil and acid, and some are rotary tool attachment's for an easy, quick and mess-free removal of rust. Take a look at the list below for further information.

See the before and after images, along with the very short video below: 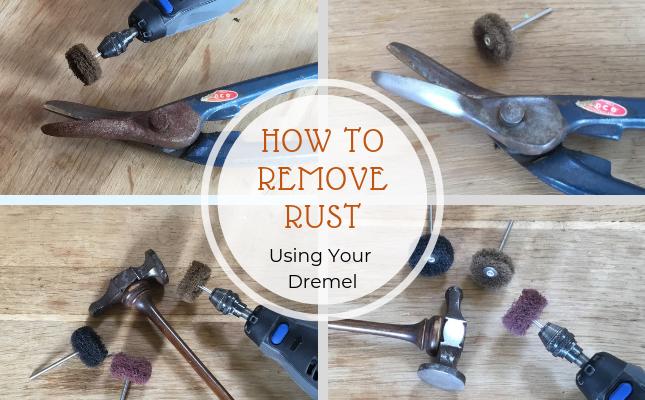 See the before and after images, along with the very short video below: 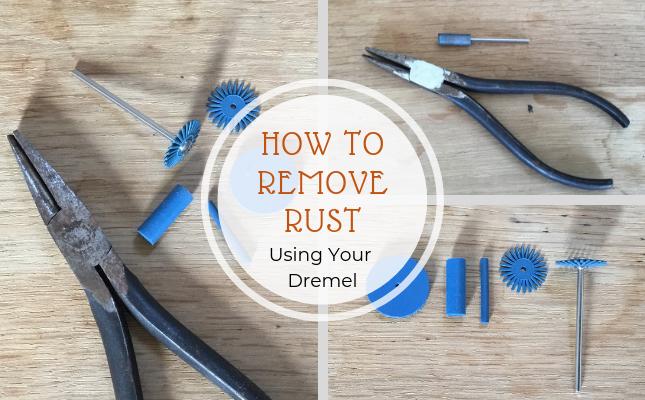 An effective method of rust removal is by using steel and aluminium as an abrasive.

How To Prevent Metals From Rusting

The best way to deal with rust of course is to avoid it in the first place so keep your tools dry and out of humid and damp conditions.

Tools should be regularly cleaned, oiled and maintained.

Other methods to prevent rusting are protective finishes applied to steel such as Bluing (often used on small steel items for watches and clock mechanisms) powder coatings (These could be acrylic, vinyl, epoxy etc) or Galvanizing (molten zinc coating)