Feeling a Little Blue this December

It's the last month of the year and there's definitely alot to celebrate. Aside from Christmas and welcoming in the New Year, millions of people around the world celebrate their birthdays in the last day of the month. To end the year with a bang, three birthstones are assigned to this month. They are tanzanite, zircon and turquoise. All of these beautiful stones are in different shades of blue. 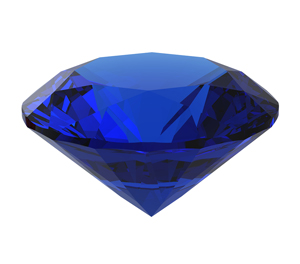 Tanzanite stones were first discovered in Tanzania and until now, they were only found there. They have a rich blue-violet colour. They are treated with heat to achieve a colour which ranges from blue to purple. Their hue is somewhat medium to dark and they are vividly saturated. Ones that are violet in tone are more pricey than the lighter colours. They are often used as alternatives to sapphires as they are high on the price range. Recently, Tanzanite has gained popularity for its beauty and brilliance.

They are said to give any work place a calm and soothing ambiance. Even the smallest piece is great for communication difficulties. Apparently it can help people find solutions to difficult problems and they are also considered a helping stone for career changing thoughts - possibly not such a good gemstone to keep in the office then! 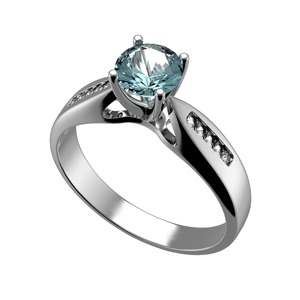 Zircon is another birthstone for December celebrants. They come in a wide range of colours, from cool hues of blue to fiery red which is considered as a prize find. They have been used to imitate diamonds for many, many years.

Some say that Zircon helps relieve pain and protects travellers in their journey. They also say that these stones help in creating a deep, peaceful sleep. Zircon is often found in Thailand, Cambodia and Vietnam. 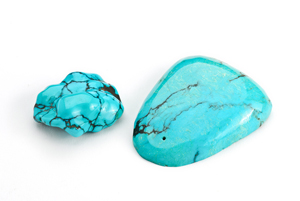 The last birthstone for the month of December is Turquoise. They are one of the oldest known gemstones, discovered sometime in the 1200's. Turquoise is often used for beads, carvings and inlays. It's a personal favourite of mine and I believe folk in Southwest America too . They are said to have an uplifting effect when used in rooms and offices.

These three stones can be used by anyone and everyone who needs a little uplifting. It may seem odd for some stones to put you in a better mood but there's no harm in trying.

Do you use any of the December birthstones in your work?